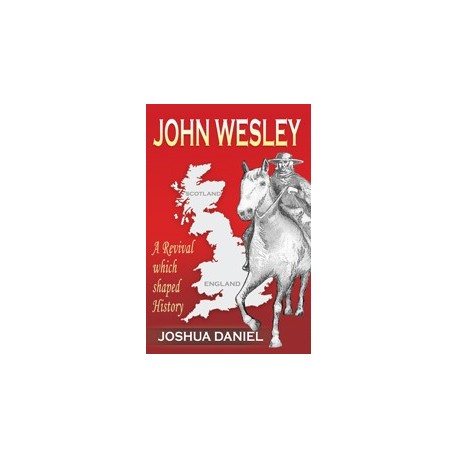 Endued with great power from on High, John Wesley’s life of tireless, love-filled labours is a consistent ‘Trumpet Call’ to greater acts of zeal and faith for many. The zeal of the Lord of Hosts sprung out of Wesley in such measure as to make him a historical phenomenon — through his work of faith, England was spared a bloody revolution such as happened in France. An Oxford graduate, Wesley declined the allurements of a secular career to earnestly preach Christ, both to some of the first legions of emigrants to the New World, and to the nobility and working class people of British society. God used Wesley to start and fan the bright flames of genuine revival throughout a morally depraved, drink and sin-sodden England. Often preaching in the open air to both the nobility and the ‘have-nots,’ Wesley’s life work continues to add character to England’s picturesque valleys and fields. May it do so in your life also!

No customer reviews for the moment.

30 other products in the same category: